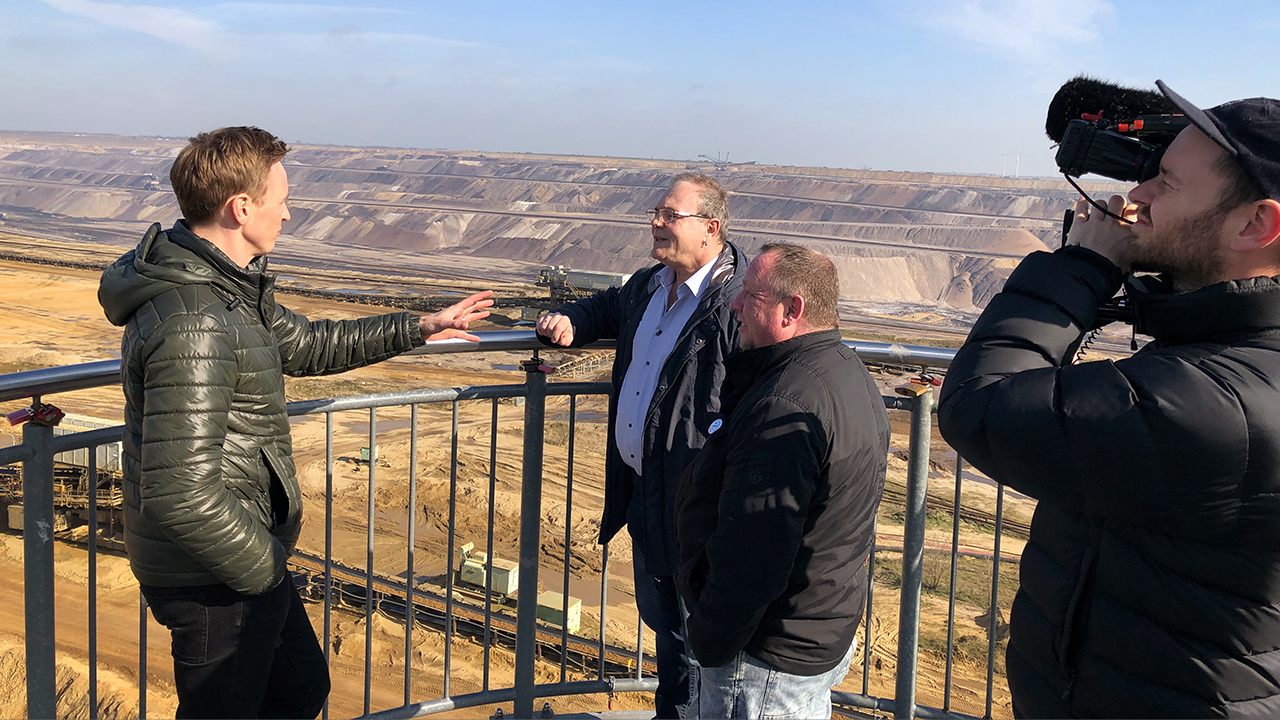 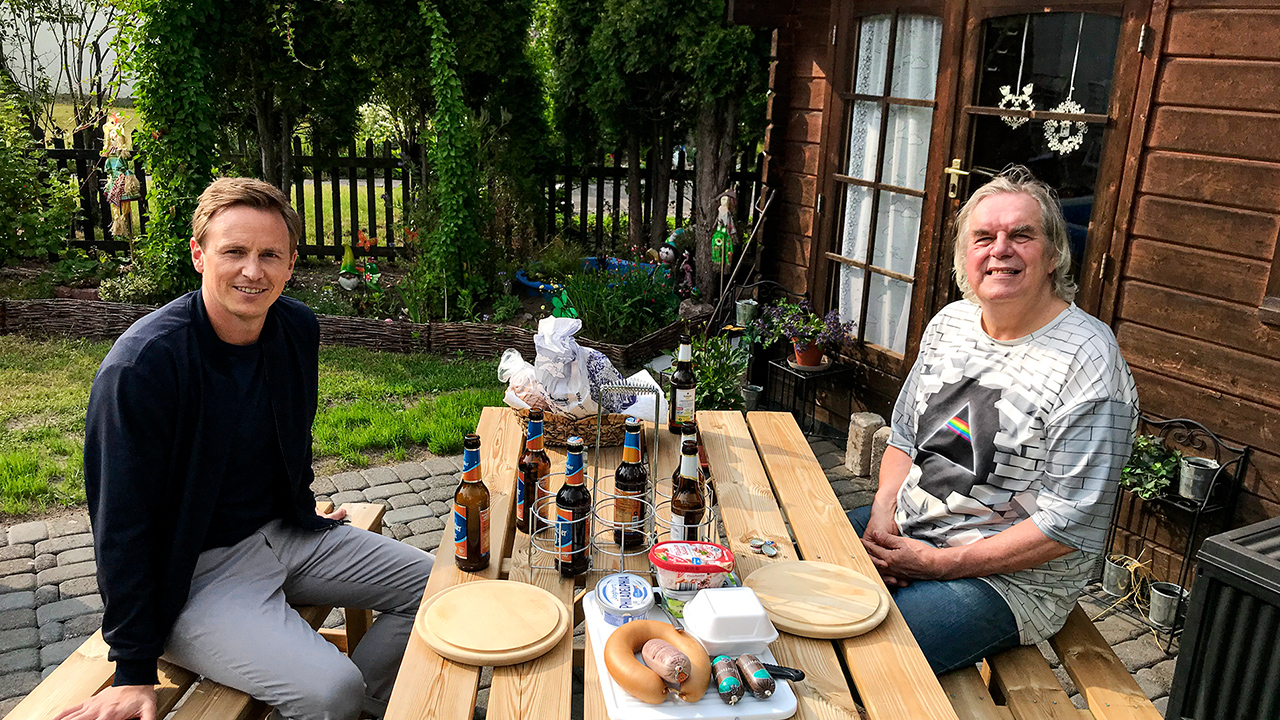 "Am Puls Deutschlands" is a documentary format with Jochen Breyer, developed by us for ZDF. The basic idea is not to talk about people, but with them. It starts with a call in the social media, linked to a hashtag: #wasmichandeutschlandstört #wasfürmichdeutschist #wasdiepolitikfalschmacht #wasmirEuropabringt

Thousands of mails, tweets and Facebook posts reach us after one call. With many we get into conversation. We finally visit about six to eight people with our camera. From these voices we finally create a sometimes 30, sometimes 45-minute documentary that has been regularly taking Germany's pulse since the summer of 2017.

Jochen Breyer was nominated for the German Television Award 2019 for his work as a reporter of the series.

Probably everyone has seen Demeter products: Sustainable organic farming, epitome of goodness. Behind all this is an esoteric worldview: anthroposophy.

What is less well known: behind all this is an esoteric worldview: anthroposophy. In the fall of 2021, it came under criticism as a source of the lateral thinking movement. Jochen Breyer wants to know: What thinking is behind it? What makes its followers tick?

Why is that? That's what Jochen Breyer wanted to know. In our now 12th edition of Am Puls Deutschlands, he meets non-voters, former non-voters, almost-non-voters and the President of the Bundestag, Wolfgang Schäuble.

What about freedom of expression? Is the corridor of opinion getting narrower? Among friends? At work? In the media? More and more often you hear that "you're not allowed to say everything anymore" - for example on Corona issues or the refugee question. Has it really changed?

In the eleventh edition of "Am Puls Deutschlands" it becomes clear that the debate about freedom of expression is all about the way we talk to each other. The tone has become rougher, discussions often polarising and polemical. What is often lacking? Eye level, goodwill and respect.

The federal government's Corona policy is getting a lot of approval - at the same time, „Querdenker" protests are making headlines. Is this just a loud minority? Or can Corona divide us?

For the tenth time by now, we take the pulse of Germany together with Jochen Breyer. Who is there on the streets anyway, and why? Are they conspiracy theorists, esoterics, right-wingers, or is the protest not increasingly being carried by the so-called center of society - united by the feeling that "the media" are reporting in a one-sided way and putting them in the right-wing corner - similar to Pegida back then?

In September 2015, Angela Merkel says the sentence that polarizes: "Wir schaffen das". Almost five years later, ZDF presenter Jochen Breyer wants to take stock together with people throughout Germany: Have we made it? What is going well, what is not yet going well? And how did the debate change society back then?

For the ninth time, Jochen Breyer will join us in feeling the pulse of Germany and wants to talk to critics and supporters.

For eight weeks in the spring of 2020, life was standing still in Germany. The corona pandemic has shaken the lives of many. The road back to normality will take much longer than everyone expected.

Together with Jochen Breyer, we want to find out what moves people in this situation and what consequences Corona has for them in the long term. Some are worried about the children and their livelihood. Others do not agree with the prescribed measures. One thing becomes especially clear on Jochen Breyer's journey: Corona does not treat everyone equally.

Once again Jochen Breyer has set out on a journey to feel the pulse of Germany. Under the hashtag #wasmichamklimastreitnervt thousands are discussing. Some think politics does too little - others don't want to be banned.

Jochen Breyer meets the people and in each encounter, it becomes clear how important the contribution of each individual is for the protection of the climate. At the same time, we can only overcome a global crisis like the climate crisis together. That this is possible is also shown by the measures that suddenly come into effect during our filming against the spread of Covid-19 and that are supported by many people.

2019 was the 30th anniversary of the fall of the Berlin Wall and the 70th anniversary of the Grundgesetz. This is why ZDF decided to do something that is unique to date. For 171 days there is only one focus in the ZDF program, the Mediathek and social media, all bundled under the topic #unserefreiheit.

The grand finale of the campaign is a new edition of our documentary series 'Am Puls Deutschlands'. For the documentary we visit some of the people who have previously spoken on the subject with Jochen Breyer to talk to them about their freedom

What change in East Germany? What bothers the people, what do they want from politics? We follow this closely with Jochen Breyer before the state elections in Brandenburg and Saxony in 2019.

In thousands of messages one thing crystallizes strongly: many feel misrepresented, genereralized and labeled as "whining oldies" by the "arrogant West". Jochen Breyer meets some of them and listens in.